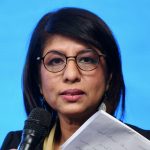 ‘Victory for M’sians’ – verdict on Najib gets roar of approval

The Federal Court decision upholding the 12-year-jail sentence for ex-premier Najib Abdul Razak has been hailed as a historical moment of justice by opposition politicians and other activists.

“Today is a day of victory for Malaysians who dared to make a change on May 9, 2018!

“The decision of the Federal Court today is also a victory for the country’s democratic system.

“This decision is a warning to all political leaders who are given power and mandate by the people not to abuse their power to enrich themselves,” said DAP secretary-general Anthony Loke.

Calling it a new beginning for Malaysia, Loke said that the decision showed that even the most powerful person, that is, the former prime minister, can be overthrown by the people and face the court’s judgment.

Muda secretary-general Amir Abdul Hadi reminded the public how activists were once harassed for highlighting Najib’s abuse of power.

“In 2015, we were arrested and roughed up for protesting #TangkapNajib related to the 1MDB scandal.

“We spent days in lockup. Eating cat food, sitting huddled with other prisoners, not knowing whether it was day or night.

“Today, Najib will be thrown in jail. The feeling, only god knows,” he said on Twitter.

“For everyone who crossed oceans and mountains to come back to vote for a change on May 9, 2018, your vote did not go to waste,” she said in reference to the polls that ousted Najib from power.

“Let it be a reminder to everyone in power. Fear retribution from the people.”

Muar MP Syed Saddiq Syed Abdul Rahman said it was a sign that no one is above the law in Malaysia.

“Let this be a reminder to all of us. Let us together rebuild our beloved Malaysia,” he tweeted.

Kasthuri Patto told Malaysiakini that she was moved to tears by the decision.

“It is long overdue, but I respect the court process, and when the verdict was announced, I cried openly in a cafe.

“All the support for GE14 wasn’t in vain. Had we not changed government and for the attorney-general to courageously take the road less travelled to charge Najib, we could not be where we are today.

“The rule of law was upheld today in the annals of Malaysian history in spite of the many ‘rabbits’ pulled out of many hats,” she said.

Kasthuri praised the judges for being the bearers of justice, the rule of law and democracy.

“To Chief Justice Tengku Maimun Tuan Mat, I pray for God to preserve you for greater things for this nation.

“What a splendid Merdeka gift to all Malaysians!” she said.

“We salute the steadfastness of the Federal Court judges in withstanding all trickery and intimidation and showing Malaysians today that corruption is a heinous crime and that our society will not tolerate corrupt politicians,” she told Malaysiakini.

Transparency International-Malaysia President Dr Md Mohan said that the independence of the judiciary and the rule of law being upheld augurs well for democracy.

“This judgement should serve as a lesson for the corrupt and is sending a strong message that no one is above the law.

“With this verdict, all Malaysians must respect the Federal Court’s decision and we must unite to make Malaysia known for her Integrity and not corruption,” he said.

“The judiciary is an important institution to our democracy, it administers justice and uphold the rule of law.

“The Federal Court has demonstrated that it will not yield before political and public pressures, and is being fair and just to all parties in the administration of justice.”

Bersih called for a redoubling of efforts to combat corruption and abuse of power on all fronts to end decades of plunder by elected officials.

“Legislative reforms such as the Political Financing Bill and the National Anti-Corruption Plan or MyGovernance must be introduced immediately to ensure that our country does not slip back again to kleptocracy.