The Center to Combat Corruption and Cronyism (C4 Center) has called for an urgent independent investigation into the recent troubling events spotlighting the Malaysian Anti-Corruption Commission (MACC).

The case of the stolen RM25 million evidence money seized from former spy chief Datuk Hasanah Abdul Hamid(pix) by three MACC officers, and the alleged involvement of one of them in drug-trafficking, shocked and outraged Malaysians, it said.

“This bizarre incident crushes, in entirety, the people’s trust towards what is supposedly an independent public institution entrusted to fight corruption in the country. Moreover, all are aware that drug-trafficking is a capital offence that carries the mandatory death sentence,” C4 said in a statement today.

“So, when an ‘independent’ institution tasked to investigate financial crimes are among those found to be involved in such severe criminal activities punishable by the law of the state, it signals a serious and dysfunctional system facing the nation today.”

According to C4, the latest saga involving the MACC is a national security threat. It said the graft-busters themselves exhibit evidence of collusion with underworld gangs and participation in their criminal activities.

“On Thursday (Oct21), two MACC officers were charged at the Sessions Court in Johor Bahru for cheating an enforcer of RM40,000 — purportedly to ‘settle off’ the latter’s case,” the statement read.

“One of them who pleaded guilty to the crime was MACC Kluang branch assistant superintendent! The scene of the two officers fleeing helter-skelter outside the courts to a waiting car left us all shell-shocked and disgraced — the scene stranger than a fictitious Netflix crime movie.

“In April this year, two other MACC officers were detained under the Security Offences (Special Measures) Act 2012 (Sosma) for their alleged link to the notorious Nicky Gang organised crime syndicate, but were eventually released on bail pending further prosecution evidence.”

1. An independent probe to be immediately set up involving experts in financial crime, outside the MACC and the Royal Malaysian Police (PDRM), who are not connected to both institutions

2. The National Anti-Financial Crime Centre (NAFCC) to take the lead in establishing an independent probe into the rising transgressions within the MACC involving its officials

3. The speeding-up of investigations and prosecutions to ensure such incidents do not occur again

4. Law Minister Datuk Seri Wan Junaidi Tuanku Jaafar to prioritise reforms to the MACC (using our memorandum jointly released with the Malaysian Bar back in 2015), and restructure the MACC urgently to ensure its full independence. Herewith, attached is the link to the Memorandum: https://c4center.org/memorandum-reform-macc/

5. The Advisory Board of the MACC to hold its leadership accountable and give its fullest cooperation to the independent investigation.

Reforms are needed urgently and the current government, in all its promises for reform in exchange for political stability, must prioritise giving MACC full independence and autonomy.

Take the correct measures to rectify the situation now before our country slides further down the slope of destruction. 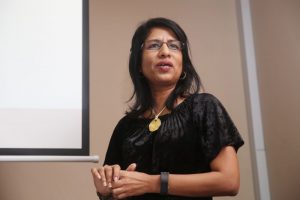