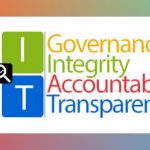 GIAT is a coalition of civil society organisations that consist of the Center to Combat Corruption and Cronyism (C4 Center), The Institute for Democracy and Economic Affairs (IDEAS), Sinar Project, Transparency International Malaysia, Friends of Kota Damansara, MyPJ and the Society for the Protection of Human Rights (PROHAM). We will be conducting a press conference to urge the Pakatan Harapan government to follow through with their commitment to our demands in the Good Governance Agenda for GE14.

The details of the PC are as follows:

The following is the body of the press statement, and can be found as PDF here. You can also watch a recording of the press conference here.

GIAT (Governance, Integrity, Accountability and Transparency) – a coalition of civil society organisations that consists of the Institute for Democracy and Economic Affairs (IDEAS), the Center to Combat Corruption and Cronyism (C4), Sinar Project, Transparency International Malaysia, the Society for the Promotion of Human Rights (PROHAM), Friends of Kota Damansara, and MyPJ would like to take this opportunity to congratulate Pakatan Harapan on winning the elections and forming the government.

We are encouraged by the new Pakatan Harapan government’s move to set up the committee on institutional reforms and the investigative committees to probe scandal-ridden 1MDB and FELDA. The government’s strong commitment to upholding good governance would pave the way for an administration that would function with high standards of accountability, integrity, openness, and transparency.

Before the 14th General Elections, GIAT launched the Good Governance Agenda for GE 14 (GE14 Agenda) where it proposed five key reforms in the realm of good governance. The proposed key reforms are:

1.         Endorse legislation that will affirm the independence of institutions, most importantly the Malaysian Anti-Corruption Commission and the Attorney General’s Chambers.

3.         Require by law that all cabinet members, Members of Parliament, elected officials and senior public officials to publicly declare their assets.

4.         Improve participatory democracy within all levels of government, including budgeting processes and holding local council elections.

5.         Require by law that all political parties publicly declare all forms of income and expenditure.

GIAT through its GE14 Agenda called on all political parties to pledge their commitment to promoting, upholding, and implementing these reforms should members of their political parties win the elections and get elected to positions of power. It is noteworthy that Parti Pribumi Bersatu Malaysia (Bersatu) was the first of the Pakatan Harapan parties to receive our GE14 Agenda and had taken the leadership to move the agenda forward by proposing for all the key reforms proposed by GIAT to be incorporated into the Pakatan Harapan’s GE14 Manifesto.

Having won the general elections and formed the government, we call on the new Pakatan Harapan government to take necessary steps to implement all the proposed reforms as embodied in the GE14 Manifesto. The Pakatan Harapan’s 100 day goals must showcase this commitment. While we understand that most of the proposals involve long-term reforms, this fact should in no way be an obstacle to the government taking a clear stand now.

We would like to also welcome the new Communications and Multimedia Minister and Education Minister’s statements which respectively stated that the Anti-Fake News Act and the University and University Colleges Act will be abolished. In light of this new development, we call on the relevant ministries to make public all steps and measures that will be taken towards abolishing the said laws.

The Minister of Communications and Multimedia also said in the same statement that media freedom is now his main agenda. Given this commitment (promise #14), GIAT would like to propose a possible collaboration with the Ministry and the different agencies to further discuss how we can collectively move towards implementing principles of open data and freedom of information. A clear legal and policy framework should be established to better facilitate dissemination of information. This move is key to ensuring accountability and transparency in the administration of the country.

The Pakatan Harapan government promises to promote Malaysia’s role in international institutions starting with ensuring a good governance network with the Open Government Partnership. As first steps towards eligibility, the government must commit to enacting Freedom of Information and Public Asset declaration laws. A review of mega projects, is one of the 10 promises within first 100 days, this process can be done in a transparent and participatory manner by publishing contracts as open data with enough information to comply with CoST Infrastructure Data Standard. Applying these procurement and infrastructure transparency best practices will ensure that there will be enough information for policy makers and civil society to keep proper check and balance to prevent similar abuses for future mega projects.

In reference to strengthening local democracy (promise #25), there is an immediate need to rectify legislation to bring back local council election as recommended by the Athi Nahappan Royal Commission Report on Local Authorities in 1968. The current appointment of councillors by politicians has caused the appointees to look after the interest of their benefactors rather than to serve the public. The public dissatisfaction can be seen by the various letters to the newspapers calling for a return of local council election.  Accompanying this call is also an immediate need for local councils to implement a more transparent and inclusive process of creating and monitoring of budgets in accordance with the International Budget Partnership (promise #29). For better checks and balances, qualified public representatives should be present as independent members of relevant financial committees.