Coverage by: The Star

PETALING JAYA: Money politics is one of the problems plaguing the national political system and a law regulating political funding should be enacted before the 15th General Election is called, say several non-governmental organisations.

“We need to get to the root of the problem and enact a political funding law before GE15.

“We ask Ismail Sabri to show will and commitment to clean up our system, as Malaysians have been hurting deeply from the ‘Sheraton move”, the Covid-19 pandemic and its ensuing economic crisis,” said Gabriel.

She also said the former Pakatan Harapan administration had drafted a five-year national anti-corruption plan, which also addressed issues on political financing and the separation of powers between the Attorney General (AG) and the Public Prosecutor (PP).

Electoral watchdog Bersih 2.0 said instead of expediting GE15, Ismail Sabri should allow the present Parliamentary term to continue until July next year, so that more reforms can be carried out.

Bersih 2.0 welcomed Ismail Sabri’s plans to strengthen the government, political financing laws and the separation of the AG and PP roles.

“We call on the prime minister to set a realistically comprehensive reform agenda that lasts till July 16 next year, when the Parliament stands dissolved,” said the Bersih 2.0 steering committee in a statement on Friday (May 20).

Bersih 2.0 said Putrajaya’s memorandum of understanding (MOU) with Pakatan Harapan signed in October last year, had allowed several reforms to be carried out.

“It’s time to ride on this multi-partisan momentum to advance checks and balances and accountability in our parliamentary democracy,” it added.

Bersih 2.0 said all parties and stakeholders (including civil society groups, professional and business groups and academia), should be included in the process of reform.

“It must not be constrained by a narrow interpretation of Dewan Rakyat’s Standing Order 85 (SO85) that blocks the anti-hopping law deliberation from public scrutiny,” said Bersih 2.0.

“Filling up the Parliament’s remaining term with reforms is entirely possible as long as the Prime Minister does not seek early dissolution and majority of Parliamentarians invest their confidence in him,” it said, adding that there was no need for GE15 to take place this year.

Meanwhile, Bersih 2.0 said reforms that take place after July 31 would be an “all-party enterprise” instead of a bipartisan deal involving only Putrajaya and Pakatan.

“The road map of reforms before GE15 would be a multi-party effort to ensure a fair play in and after GE15, and not just a ‘confidence and supply agreement’ to preserve the current government.

“It should also formally involve the state governments to bring corresponding changes via the Eighth Schedule of the Federal Constitution.”

Bersih 2.0 also proposed for the next phase of political reforms to study the possibilities of including a fixed-term parliament to avoid early elections, a maximum number of federal ministers and deputy ministers, among others.

On Thursday (May 19), Ismail Sabri, after chairing a meeting of the Special Cabinet Committee on Anti-Corruption, said the scope for the Political Funding Bill would be presented to the Cabinet soon.

Ismail Sabri also said the Cabinet Special Committee on anti-corruption agreed that the political funding bill should be put in place to prevent corruption and power abuse among politicians.

In 2019, then de facto law minister Datuk Liew Vui Keong said the government would table the Political Funding Bill, which would focus on the regulatory aspect of political contributions.

FACEBOOK
TWITTER
Views: 17
PrevOLDER POSTC4 Asks What Happens to Anti-Graft Plan After Govt Unveils a New One
NEWER POSTWhat has happened to the National Anti-Corruption Plan 2019-2023?Next 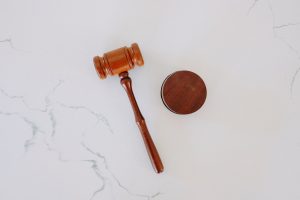