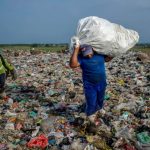 GEORGE TOWN – Former environment minister Yeo Bee Yin says there is a need to impose a ban on the dumping of other countries’ plastic waste in Malaysia due to the risks of contamination and pollution.

She said the country’s recycling factories can adequately meet the demands of locally generated plastic waste, instead of them having to receive such waste from external sources.

“To tell you the truth, if I’m the environment minister and I’m in charge of the Environment Department (DoE), a complete ban sounds very good to me. (That way), I don’t need to do any work,” said Yeo, who headed the Energy, Science, Technology, Environment and Climate Change Ministry from May 2018 to February 2020.

Illustrating the scale of the problem Malaysia faces in dealing with plastic waste, Yeo revealed that in 2018, the authorities had closed over 100 recycling factories for various offences.

She said this during a recent Zoom session in conjunction with the launch of a report by anti-corruption watchdog Centre to Combat Corruption and Cronyism (C4) on managing plastic waste.

The report titled “Malaysia is Not a ‘Garbage Dump’: Challenges in the Global Plastic Waste Trade and Ways Forward” was authored by C4 researcher Wong Pui Yi.

Yeo also lent her voice to stronger global cooperation in curbing the illegal shipment of plastic scraps. She said Malaysia alone cannot fight the scourge, and it takes international effort.

She expressed hope that a ban on such shipments is enforced without fear or favour to check pollution and prevent abuse of the monitoring system.

Yeo said such efforts represent the surest way to curb the rise of plastic waste, which can pollute the soil if it is illegally dumped by hundreds of recycling factories.

The situation is getting worse as the country is also weathering an influx of electronic waste, she added.

The problem of plastic waste began to creep into the Southeast Asian region when China, a major global importer of plastic waste, started to ban such imports as it moved towards cleaner recyclable technology in 2017.

Operators then began moving downstream, including in Malaysia, where some townships earned notoriety as plastic waste “capitals”, with recycling factories sprouting particularly in the central and northern states.

Yeo said the authorities began to detect an influx of plastic waste into Malaysia in 2018.

“By the end of 2018, we had closed 100 factories. But they kept mushrooming in other places, or they were reopening in the same place where DoE’s machinery does not carry enough power to handle them.

“One of the things we found from all these illegal factories was that all of them were processing foreign waste. I remember that in one of the (enforcement operations) I went on, I checked (and found) Sainsbury’s grocery bags and (bags) from Lidl in Germany; (from) very far away.”

She said national anti-plastic movements need to move speedily to push for enactments of the United Nations’ 2019 Basel Convention, which bottlenecks the imports and exports of plastic waste.

Yeo said it is a step in the right direction, but more control is needed to prevent the illegal dumping of plastic waste from developed nations.

She also alluded to the presence of international syndicates that move the shipments and offer protection to factories recycling such dangerous items.

For now, Malaysia needs better inter-agency collaboration to curb illegal shipments, and there is also a need to better regulate the recycling industry.

“Plastic recycling is not bad. It just needs to be regulated to ensure only legal shipments are treated and there is no indiscriminate dumping of waste,” said Yeo. – The Vibes, April 6, 2021