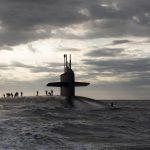 Malaysian authorities have been urged to spring into action at the latest news that defence group Thales has been reportedly charged by a French judge for complicity in bribery over a 2002 sale of submarines to Malaysia.

Welcoming the latest development in France, the Centre to Combat Corruption and Cronyism (C4) founding director Cynthia Gabriel said the charge has been “a long time coming”.

“We are relieved to learn that the big boys, the main shipbuilder, have been finally charged,” Cynthia told Malaysiakini.

“However, we remain very concerned and anguished that the MACC has been quiet as a mouse and no action has been taken so far against those involved in the bribery after more than two decades,” she added.ADShttps://2f8f795e42aee0b7c8515b0a5c116c65.safeframe.googlesyndication.com/safeframe/1-0-38/html/container.html

“It’s a critical transnational corruption case that must see the cooperation of Malaysia as a signatory to the UNCAC (United Nations Convention against Corruption),” said Cynthia, who was formerly a director of human rights organisation Suaram.

Suaram had, through French lawyers, filed two separate requests with the French courts in 2009 and 2010 against DCNS for paying commissions to Malaysian officials in connection with the Scorpene deal.

Cynthia noted that former prime minister Najib Abdul Razak was then defence minister when the deal for the Scorpene submarines was signed in 2002.

His close confidante at the time, Abdul Razak Baginda, had acted as an adviser on the purchase.

“Both Najib and Razak must answer to the alleged transgressions which have occurred related to the charge,” said Cynthia.

Another case from abroad

Lim said the PAC can act under Dewan Rakyat Standing Orders 77(d), which provides that the PAC can examine “such other matters as the Committee may think fit, or which may be referred to the Committee by the House”.

“This is the second case where a foreign jurisdiction has found a grand corruption scandal in Malaysia.

“(The first being) former Goldman Sachs Group Inc banker Roger Ng Chong Hwa’s conviction on April 8 in the United States on three counts of foreign bribery in relation to 1MDB but not in Malaysia,” Lim reminded.

Lim also pointed out that the website of the World Peace Foundation of Tufts University has an item on “The Malaysian Scorpene Submarine Affair”.

Altantuya, who was murdered by two of Najib’s bodyguards in 2006 when he was deputy prime minister, was a translator who allegedly worked for a key agent on the deal.

“With the latest developments on Malaysia’s 2002 purchase of the Scorpene submarines in France, the PAC has the opportunity to clear Malaysia’s name and dignity with an investigation into the case,” Lim added.

Meanwhile, French prosecutors are currently waiting for the Thales case to go to trial in France.

In 2017, Razak was charged in France with “active and passive complicity in corruption” and “misappropriation of corporate assets.” However, the passive corruption charge was later dropped.

In 2016, Razak admitted to receiving around €30 million for consultancy services in the deal but denied that any funds were used to bribe government officials.

The MACC, in 2018, questioned Najib about the Scorpene deal, but no charges were filed.